I had always wanted to travel to Paris, even as a young girl. When the opportunity was finally on the horizon it was time to start thinking about French lessons. I had studied French at high school twenty years earlier but in spite of receiving an undeserved high mark in my final exam I was never able to hold even a basic conversation. Real life is nothing like the scripted textbooks of yesteryear with Philippe and Claire talking on the telephone. 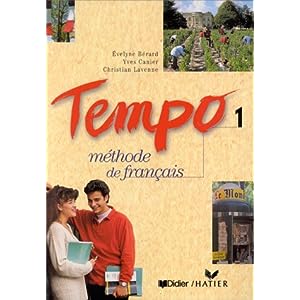 It was an easy decision as to where to study. My local Alliance Française. As a schoolgirl I had enjoyed their functions and they had fed my romantic notions of France. Additionally they met my requirements of native French-speaking teachers and the focus not only on the language but also on the culture. The social events that the Alliance offered was another significant factor in my choice. The combination of the 20 year hiatus and my dread of sitting an assessment test to determine my level led me to enrol in the class for complete beginners. I felt slightly smug on the first night when I remembered how to introduce myself. Naively I felt confident that I had allowed sufficient lead in time for my trip to be able to master basic conversations. I was sure that 30 two hour lessons would have me deciphering menus and responding to questions before our August departure. Progress was slow... very slow. As slow as the snails that I pictured myself eating in some small Parisian bistro. It was not a problem with the teaching. People half my age had no problems and would whizz ahead with responses whilst I was still thinking through what the question meant.

Eventually off to France I headed ... disappointed I returned, at least in regards to my linguistic abilities. Nobody would speak to me in French! As soon as I uttered a few words in French, the waiter or receptionist would launch into perfect English. It was as if my feeble attempts were causing them physical pain. I was however absolutely enchanted with Paris so I was determined to work on my French and return  parler-ing en français.

In  Learning French: Starting over again (Part 2), I look at some of the thing that I have tried to improve my French skills.