What would France be without its markets. The market at La Garenne Colombes is quite large and has the most wonderful fresh produce. Like millions of other French people, VV and JeF head to the market each Saturday morning. They have their favourite producers and there is a lot of faire les bises (kissing each other on the cheek) and good-natured repartee.

The weather continues to be cold and overcast as you can see from these photos. Not quite what you would expect in France in May.  So far though it hasn't proved to problematic. 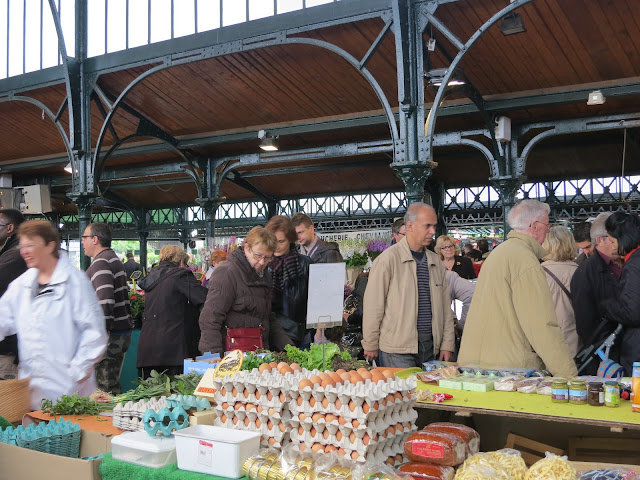 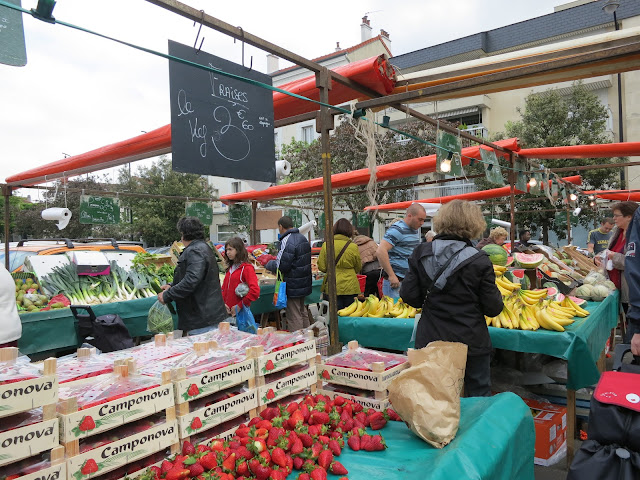 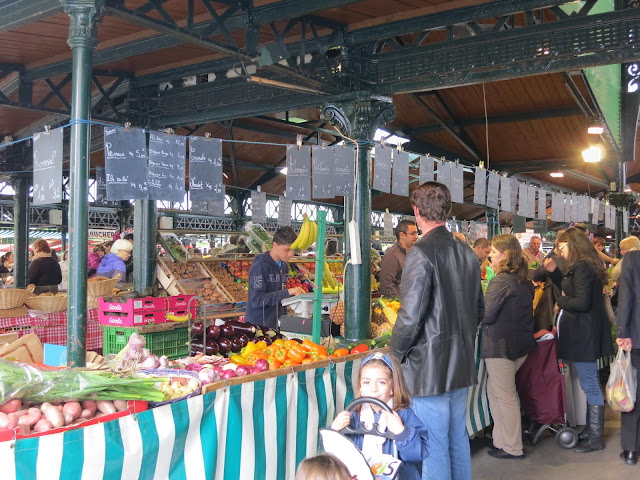 When we buy strawberries in Australia we tend to steer away from the larger ones as they are often tasteless. No such problem here. These were absolutely bursting with flavour.


I don't cook but I need to learn how to make VV's ratatouille. It was one of those dishes where you just want to eat more and more.

After lunch I met VV's father (D) and his wife (B). On the way we bought macarons for goûter (afternoon tea). We met in a beautiful apartment nestled between Musée Rodin, Les Invalides and the Assemblée Nationale. The apartment is quite different to any others I have visited. Instead of a corridor in the apartment, you pass in straightline through the doorways from one beautiful room to the next. Each room has large windows that look out onto an enclosed courtyard full of trees. It is so quiet and with the views of the trees it is as if you are in the countryside. The loungeroom where we had afternoon tea was full of books, CDs and paintings and we sat on enormous comfortable lounges. I could have easily curled up with a book and spent days in this gorgeous room. D and B are widely travelled and read, knowledgable people. Like VV and JeF they were so warm and welcoming. They showed interest in me and my travels. We made sure that we covered all the standard French discussion points including food, politics and these days, technology. Upon leaving D provided me with 3 tomes about visiting Paris.