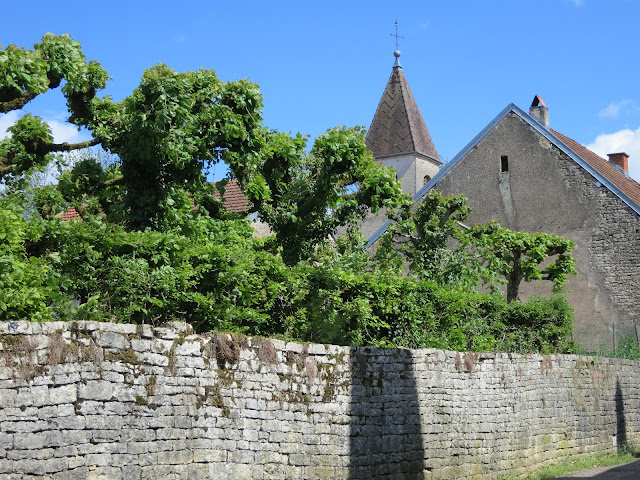 Fondremand is a beautiful, well-preserved historic village in Franche-Comté which has received accreditation under the Petites cités de caractère label. Thanks to Nadine, a teaching colleague of Corinne with whom I stayed near Besançon, I was able to visit this charming village of less than 200 inhabitants. 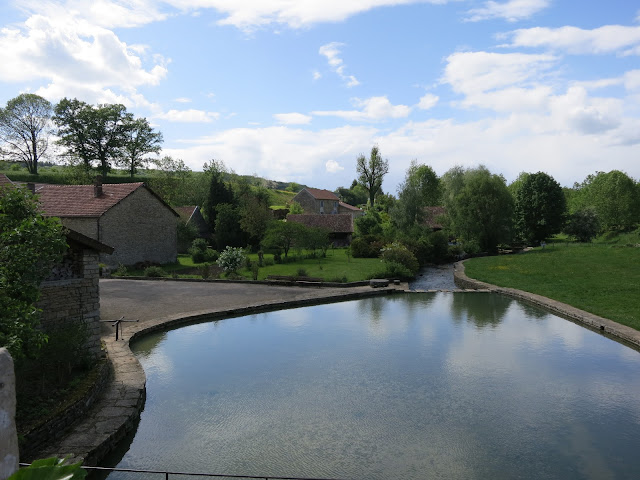 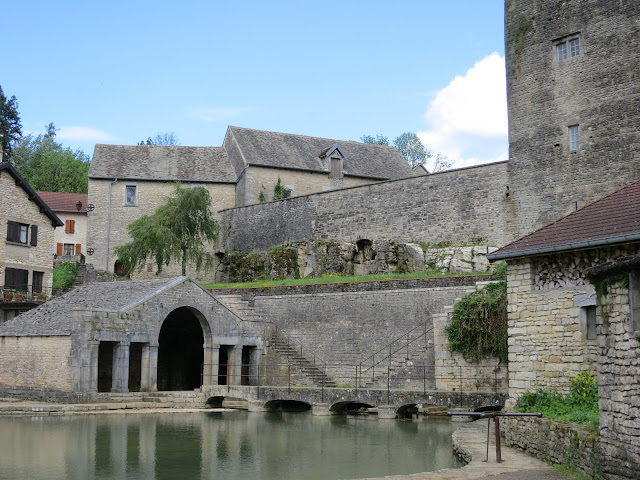 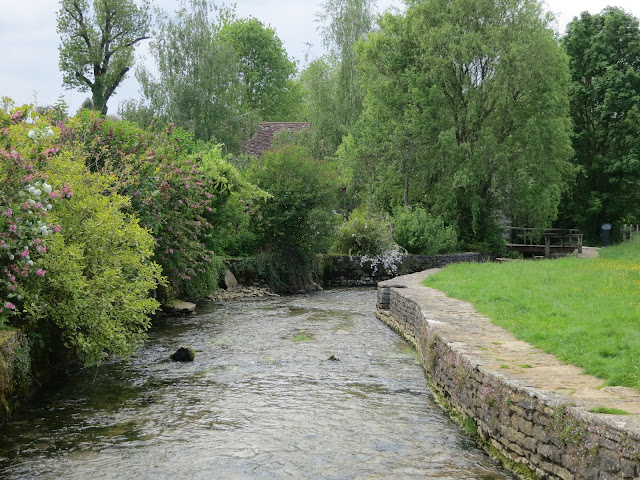 I have visited lots of villages in France but this was the first time that I was able to wander around such a pretty place and not encounter another tourist. Nadine indulgently smiled as I marvelled at each of the historic buildings dating back to the 13th century. For someone like me who comes from a country which was 'discovered' less than 250 years ago it is pretty mind-blowing to see such old buildings being actively used and occupied. 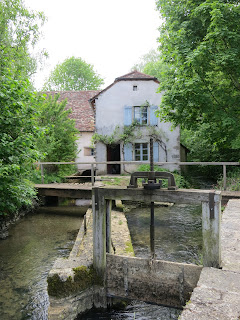 I was privileged to visit the mill restored by Claudie, an ex-teacher colleague, and who now works as a miller. She explained about the heavy work involved making wholemeal flour and walnut oil using traditional methods. She added it really is men's work because of its physical nature. The mill had passed into disuse for a period of 120 years but then Claudie who researched the history of the mill came to the rescue and over a period of 18 years restored it to working condition. The 850 kg stone for the mill came from Marnay and now is central to her work. It is intense work with 8kg of walnuts producing a little more than 3 litres of oil over a 4 hour period. Certainly not a job for everyone. The oil and flour are sold at the mill. You won't find them in the shops. I understand that the flour which is a mixture of rye, wheat and buckwheat, is ideal for making crêpes. If only I cooked! Unfortunately the day that I visited Claudie was busy mowing the lawn and preparing for the exhibitions and demonstrations she was having that weekend so I was unable to see the mill in operation, but nevertheless, I could imagine the work that she put into it and the difficult conditions she worked under. 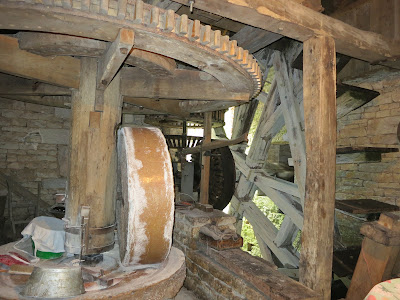