You would think that with a name like Belleville, which translates into English as 'beautiful town', this would be one of the prettiest areas in Paris. For Parisians Belleville has a somewhat seedy reputation. Although it definitely has a certain amount of grittiness from its working class roots it also has a charm. Its charm is in its authenticity which is punctuated with numerous unexpected pockets of beauty and pleasant surprises. The contrast of these elements really accentuates the hidden beauty of the area. 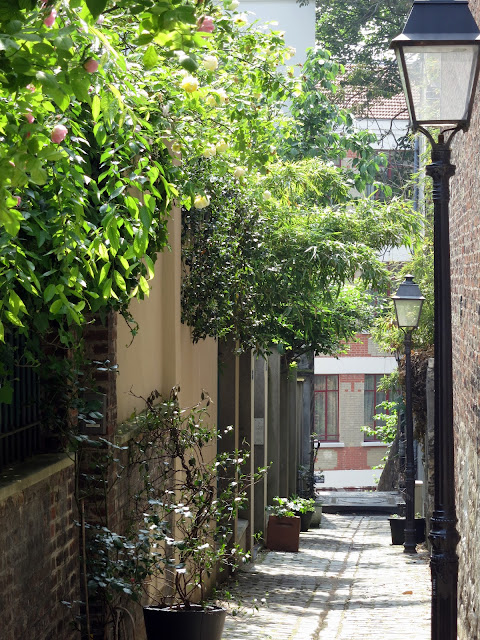 Belleville has not always been a part of Paris. It was originally an area with vineyards and farms. Today a few vines can still be seen in the area. In the eighteenth century there was a huge growth in cabarets and dance halls (guinguettes). Food and wine were exempt from taxes at this time so many bourgeois people travelled from Paris to let their hair down and have a good time. These days the area is home to people from a diverse range of ethnic backgrounds, including Asian, Arab and Jewish. It includes the second of Paris' Chinatown districts, the other being in the 13th arrondissement. With its relatively low rents it has also attracted many artists who have established studios in the area. Belleville has maintained its anti-establishment roots which are evidenced in the street art and slogans found in the area. 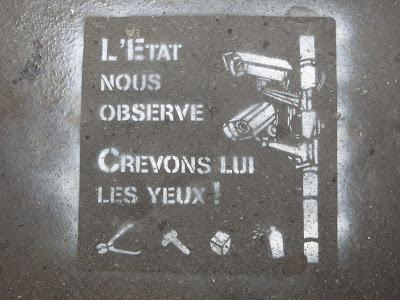 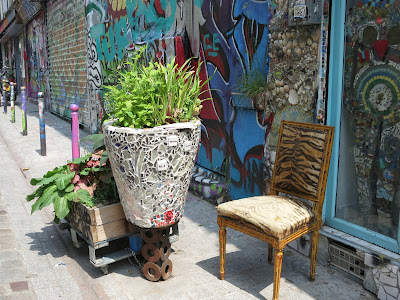 The Parc de Belleville offers panoramic views over Paris. To make the most of your visit to the garden and its views, try to schedule your visit for a clear day. 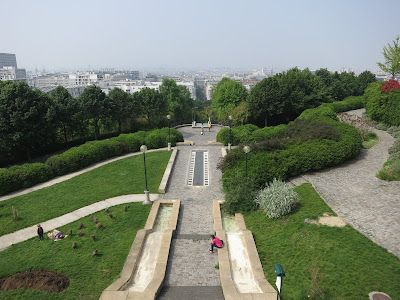 If you are on an Edith Piaf pilgrimage then you will want to stop by the commemorative plaque at 72, rue de Belleville where legend has it she was born. 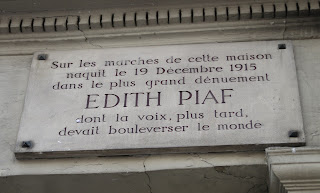 I had a sense of having previously visited the area. Many films have been shot in Belleville including Monsieur Ibrahim et les fleurs du Coran and Le Ballon Rouge (The Red Balloon). Both of these films I had seen and obviously their images had remained with me. 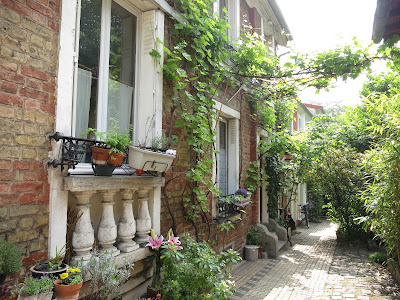 I was fortunate to discover Belleville with my wonderful guide Alain from 'Parisien d'un jour - Paris Greeter'. I previously did a tour of Le Sentier with him and which I recounted in my post Free Walking Tours with Parisian Volunteers. If you are planning on visiting Paris and want to do a walking tour I recommend registering online with 'Parisien d'un jour - Paris Greeter' as soon as you know your preferred dates and times, and at least a few weeks beforehand.