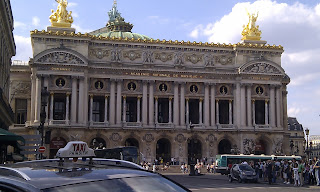 I am basically a very lazy person. I don't exercise and rarely walk. When I get to France this all changes.  I don't really understand why.  I get off the plane at Charles de Gaulle airport at about 6.00am.  I am already planning where I will head to first once I have deposited my luggage.  I have been known to be beating the Parisian footpaths by 8.00am. I am no longer in charge of my body.  The spirit of Paris has taken over!
I will have an extended period of time this year in Paris and will be travelling alone, so I have been madly researching walks and other free things to do.  Every guide book, every French related blog and website seem to cover these to a greater or lesser extent. 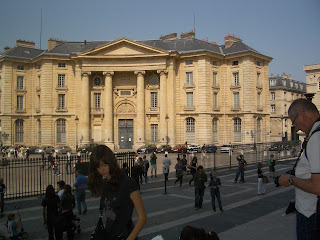 I hadn't had a look at the Mairie de Paris website in a number of years.  Thankfully it has greatly improved and has some wonderful information for tourists as well as locals. The site can still be somewhat confusing to find all of its rich resources.  Their site has 38 heritage walks (in English and French). What I particularly like is that a number of them that seem to be more than just the same well trodden tourist paths.  Not that there is anything wrong with them, but I want to discover 'new' sites and places. The problem is going to be to decide which ones to do.

In addition to the heritage walks there are also what they call 'Paris Film Trails'. Whether it is 'Midnight in Paris', 'Ratatouille' or 'Devil wears Prada', they and many others are there with bilingual flyers and maps to discover both famous and little-known parts of  Paris that have featured in 'classic' movies.

City Free Tour  provides free guided walks in English both in Paris as well as Amsterdam. The idea is that you give a tip at the end of the tour based on what you think it is worth. Their user reviews on Tripadvisor are rather impressive but I don't know anyone who has done it yet.