In just over 2 hours after boarding the Thalys train at Gard de Nord in Paris, I arrived in Liège, Belgium at the spectacular Liège-Guillemins station. It has been described as one of the most impressive railway stations in Europe - and I would have to agree. Designed by the Spanish architect, Santiago Calatrava Valls, it was inaugurated in 2009. Nestled against a tree-covered hill, the station is described to be in the shape of a woman lying on her back. It is easy to see why with its steel, glass and white concrete, wavelike structure rises 32 metres and extends 160 metres. It may seem odd to devote a blog post to a railway station, but I really felt that it was something extra-special. 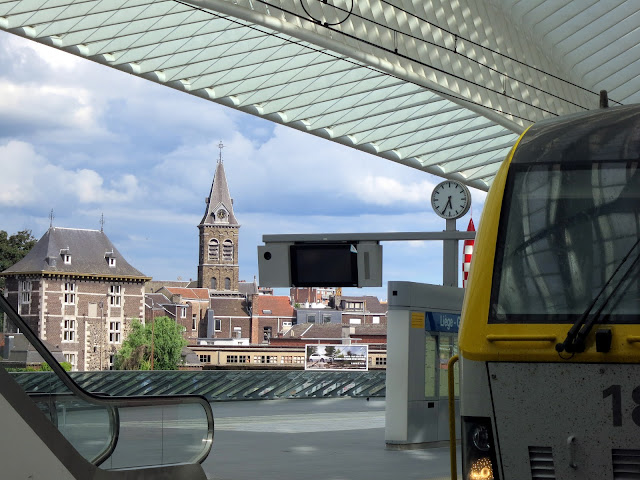 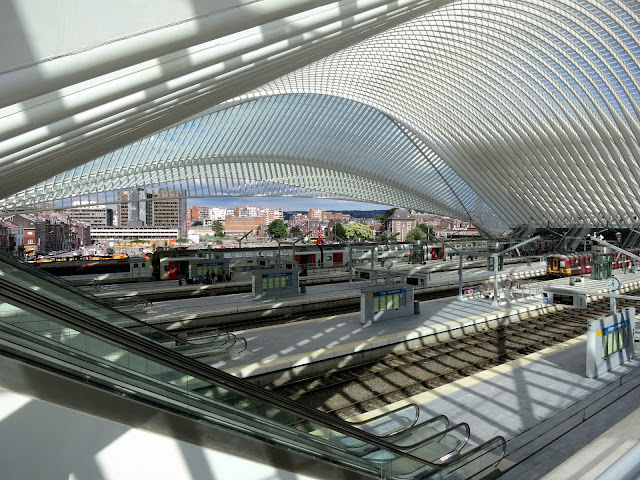 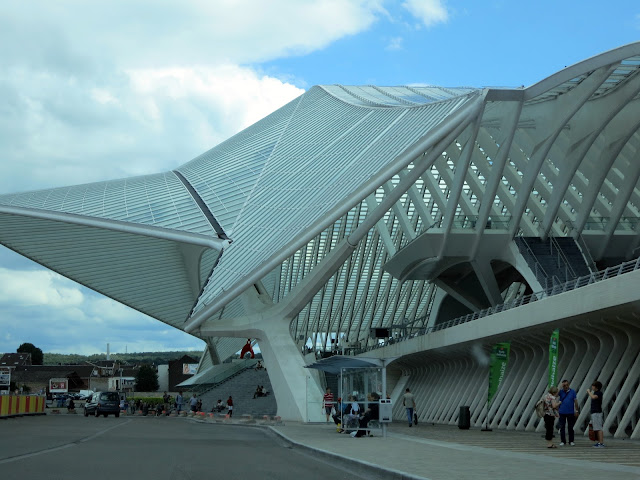 It took about 10 years to build at a cost of €312 million. As I stepped from the train on to the platform, next to the rocket from Hergé's Tintin, I had an uninterrupted view of the town of the Liège. The platforms are open having no walls, just the amazing roof structure. The shops and various services are underneath the platforms. Being in Europe, Béatrice and I did manage a to have a glass of excellent champagne at the railway station prior to my departure. I understand that the restaurant at the station is exceptionally good and has become a destination for locals when dining out. This breathtaking structure is a wonderful introduction for any visit to Belgium although I do wonder how travellers manage in the depths of winter. 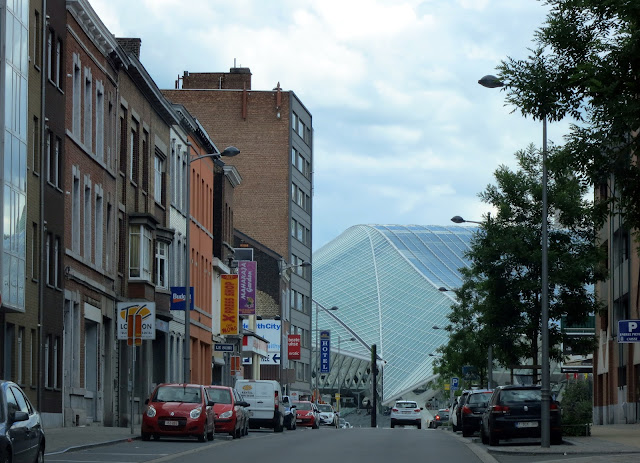 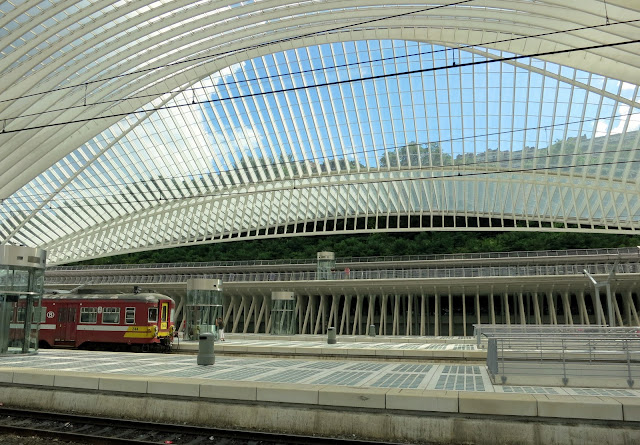 Just a brief mention regarding the service on the Thalys train. For an extra 5€, I opted to travel first class on the train from Paris to Liège. Normally I would not bother with travelling first class as I find trains in France to generally be excellent. I thought however it was worth trialling first class. The seating is a configuration of 2 + 1 so I was able to request a seat by itself giving me the advantages of both being next to the window as well as the aisle seat. Parfait! In addition I also was offered both at lunch and dinner times a three course meal including cheese as well as wine, tea and coffee. The meal was not exceptional - but it was certainly adequate for the brief journey. WiFi is available on the train and is free in first class. 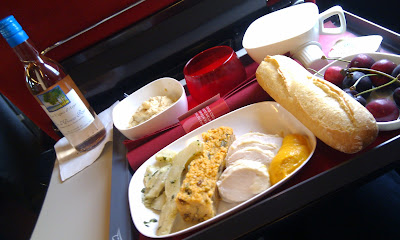 I will certainly check out the inclusions and compare the prices for future trips. The staff were very friendly and swapped effortlessly between French, German and English. I wouldn't be surprised if they also spoke Flemish. They went out of their way to make the trip pleasant. We were also given the option of booking a taxi for our arrival. The pleasant service started at Gare de Nord when I first queried with one of the staff about composting my 'printout' and continued for both the forward and return journeys. Congratulations to the Thalys staff. 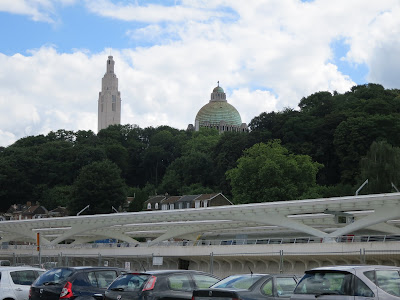 If you are interested in a 3D view of the Liège-Guillemins railway station check out: http://www.outline.be/stereo/Guillemins3D/
Publié par Femme Francophile à 07:59