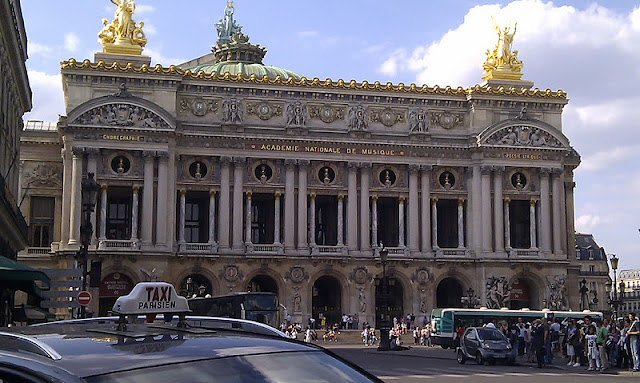 What is it about Paris that captures our imaginations and takes hold of our hearts?  It would be easy to say I wish I knew, but truthfully I don't care too much if I don't know.  I am more than content that Paris takes over my being.  Analysing it won't change how I feel.

I smiled when I read the post 'The Heart Rules the Head' by Susan Ross Donohue. She eloquently captures my feelings and emotions about Paris.  She and I share the same sensation on arriving at Charles de Gaulle.

ABCs of Travel  - Greatest feeling while travelling: Flying into Charles de Gaulle airport in Paris.  I get very emotional. I feel that I am coming home in spite of never having lived in France although I am convinced that in another life I lived there.

Mind you, nothing very romantic or alluring about Aérogare 1.


Susan provides her list of 'comfort places' where she needs to get to as soon as she can upon arrival.  So it's not just me after all!  My list is not exactly the same as Susan's but it is interesting to see that there are quite a few common elements. I arrive at 6.00am after more than 22 hours of travelling but no rest for me. I need my Paris fix  and to reassure myself that everything is where it should be, and as it should be.


Susan mentions thousands of others exhibiting this 'crazy behaviour'.  I am glad to know that I am not alone.  I have a circle of female friends who to varying degrees are under the Paris spell but I don't know of any men that have succumbed in the same way to the lure.  They must exist.  I am sure of it, even if they represent a small proportion of the Paris 'groupies'.

Whilst I am inextricably drawn to Paris, I still spend more of my time in France out of Paris than in Paris.  I am attracted not just by one region but by many.  So there it is.  I admit it.  I don't have just one French love, but many.  Each of them special.
Publié par Femme Francophile à 00:45