Barcelona: Out and About (Part 2)

Rosemary from Aussie in France is currently enjoying her time in Barcelona. You can read more of her adventures at: aussieinfrance.com

Rather belatedly here are some of my favourite things from our visit to Barcelona in January.

Some of the best presented market produce I have seen anywhere. The stall-holders have cleverly identified the tourist market and you can buy cheese, hams etc in paper cones to be able to eat as you wander. The fruit stalls have fresh juices and fruit salads in takeaway containers. Personally I prefer to sit and watch the world go buy as I eat. A very busy market but it is definitely worth the visit. For where to eat: Barcelona : Tapas and Casual Dining 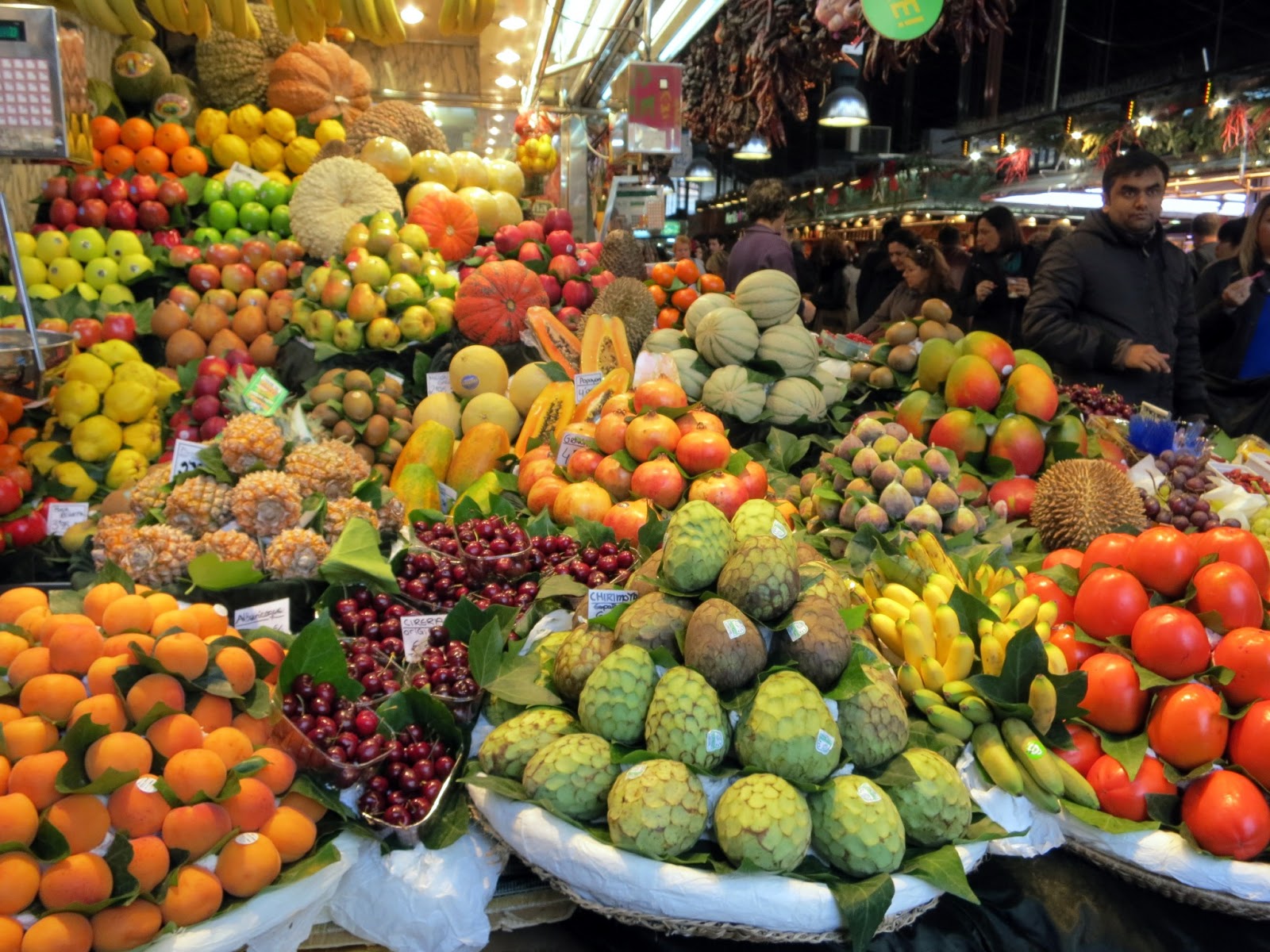 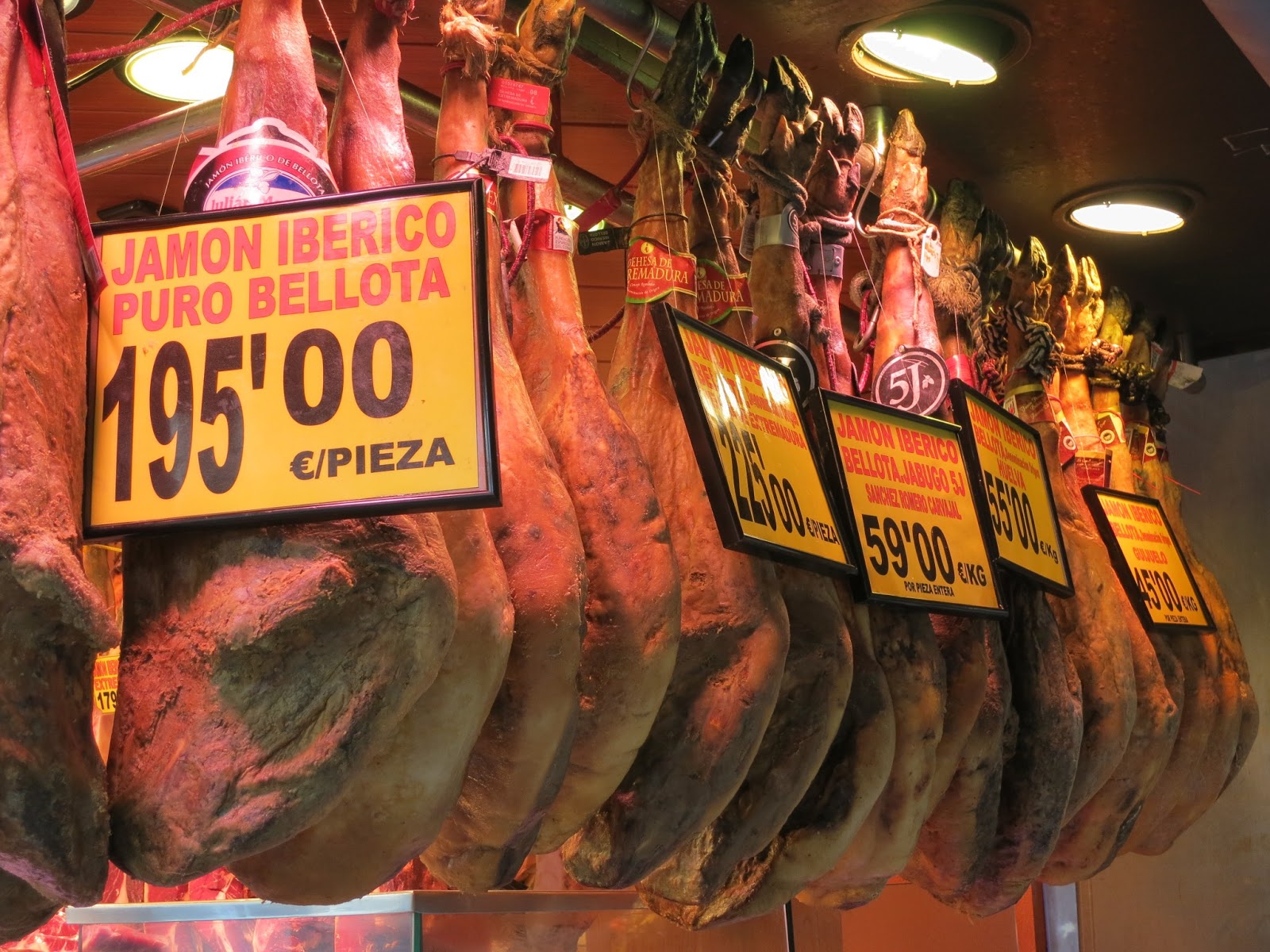 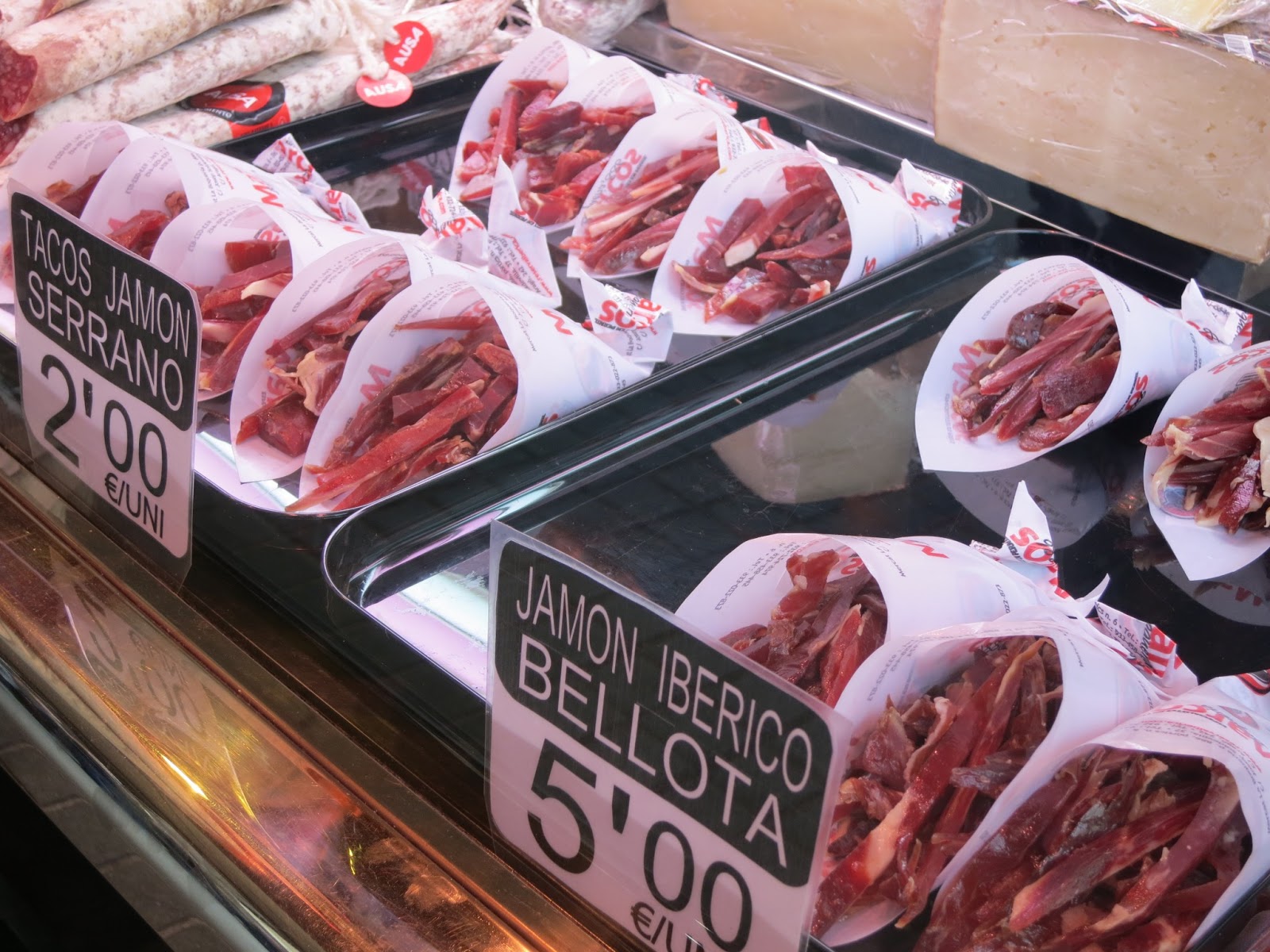 Guell Park
Carrer Olot, Barcelona, Spain
For much better photos I recommend Rosemary's post: First Impressions of Barcelona - Gaudi and Pintxos.  I am glad I finally got to visit the park although  I was slightly disappointed. I am still not quite sure why. Perhaps I was expecting something more elaborate.  After seeing the film 'L'auberge espagnole' I was determined to get there. 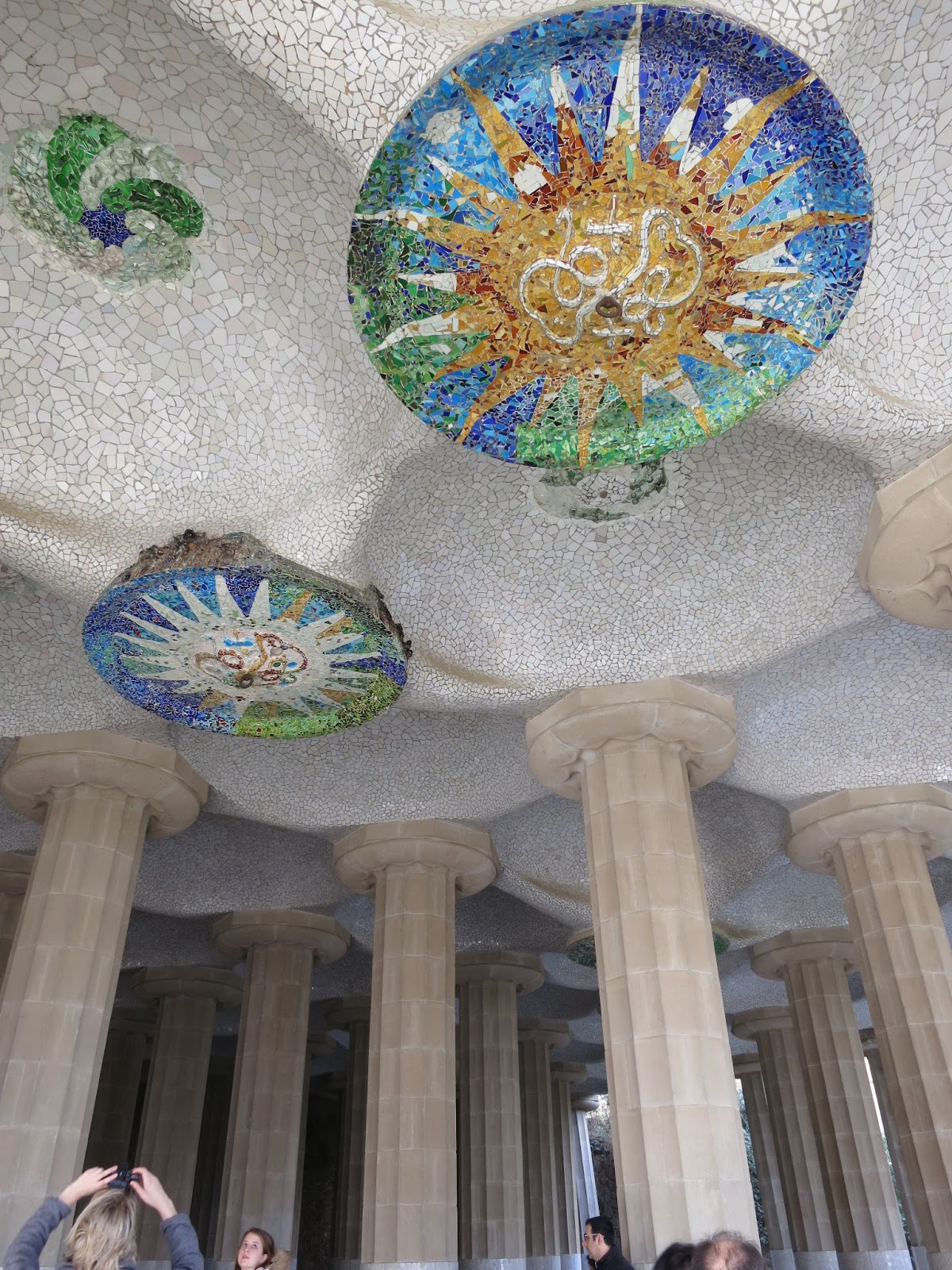 La Pedrera - Mila House (Casa Mila)
Carrer de Provenca 261 - 265 | L'Eixample, 08008 Barcelona, Spain (Eixample)
www.lapedrera.com/en
Visitors rave about the rooftop terrace and the house itself. Unfortunately the house was closed to visitors for the week we were there so se were only able to see the foyer area of the house and the exhibition area. The exhibition 'The other Pedreras. Architecture and design around the World in the early 20th century' exhibition is free and very interesting for those with even a passing interest in architecture. It looks at the works of Victor Horta, Hector Guimard, Charles R. Mackintosh, Josef Hoffmann, Adolf Loos and Frank Lloyd Wright. The exhibition finishes on 24 February 2013. 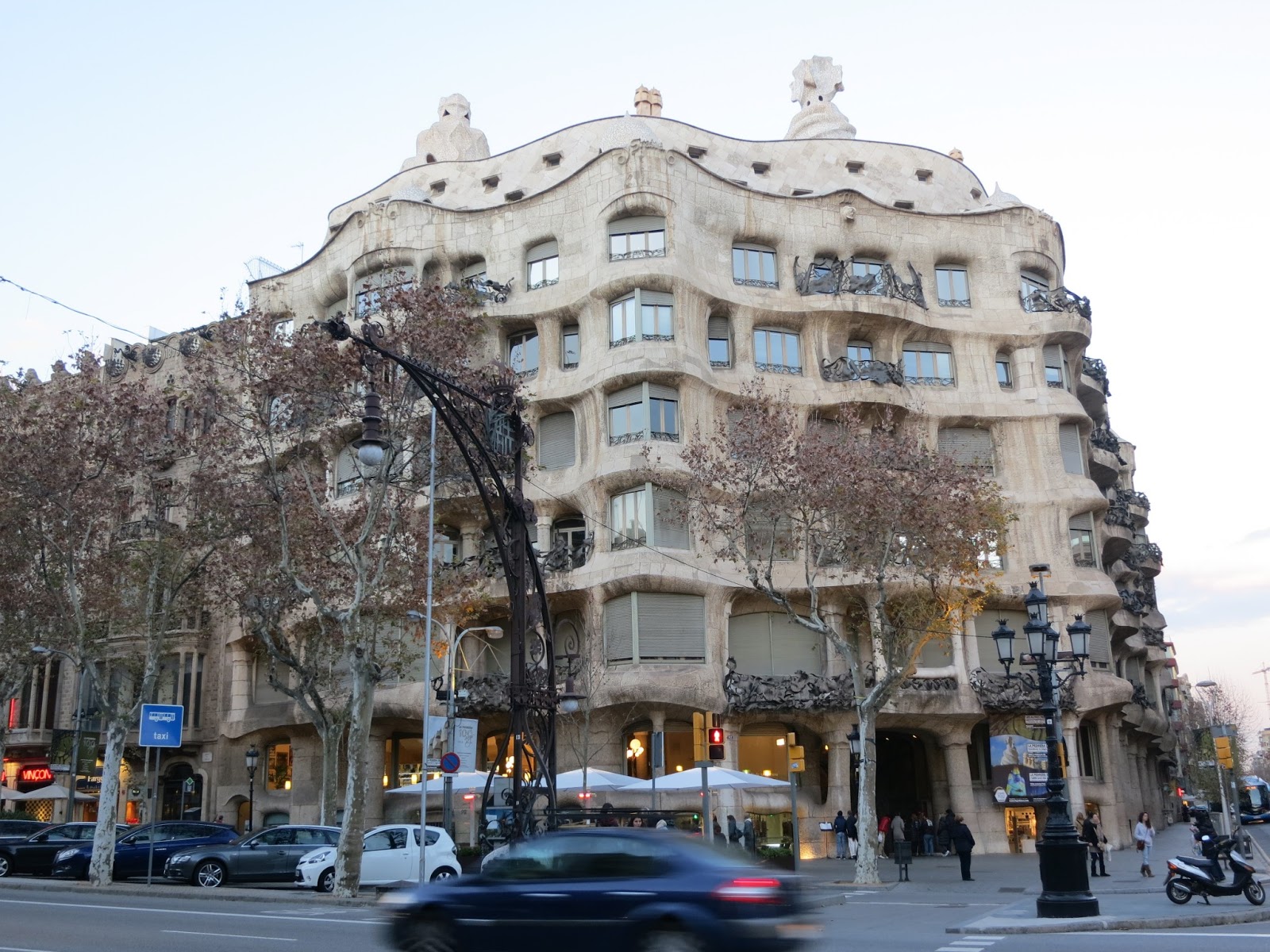 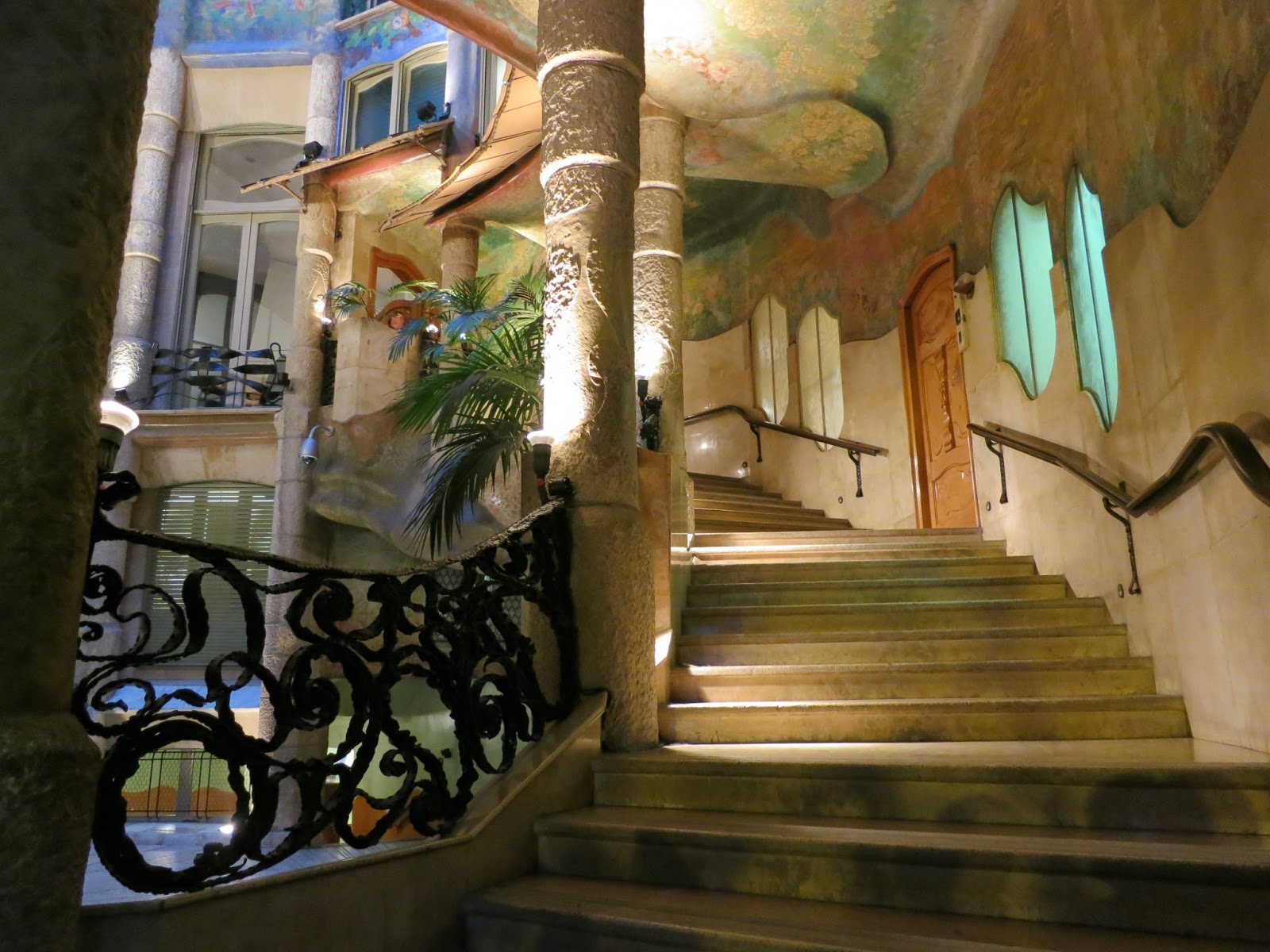 Casa Batllo
Passeig de Gracia, 43, 08007 Barcelona, Spain (Eixample)
www.casabatllo.es/en/
Not cheap to visit at 20€ - but worth every centime. The audioguide is included in the entry price. The explanations are fascinating as is the attention to details by this house designed by Gaudi. The solutions he found to problems of ventilation, lighting to lower levels etc were considered radical in their time. 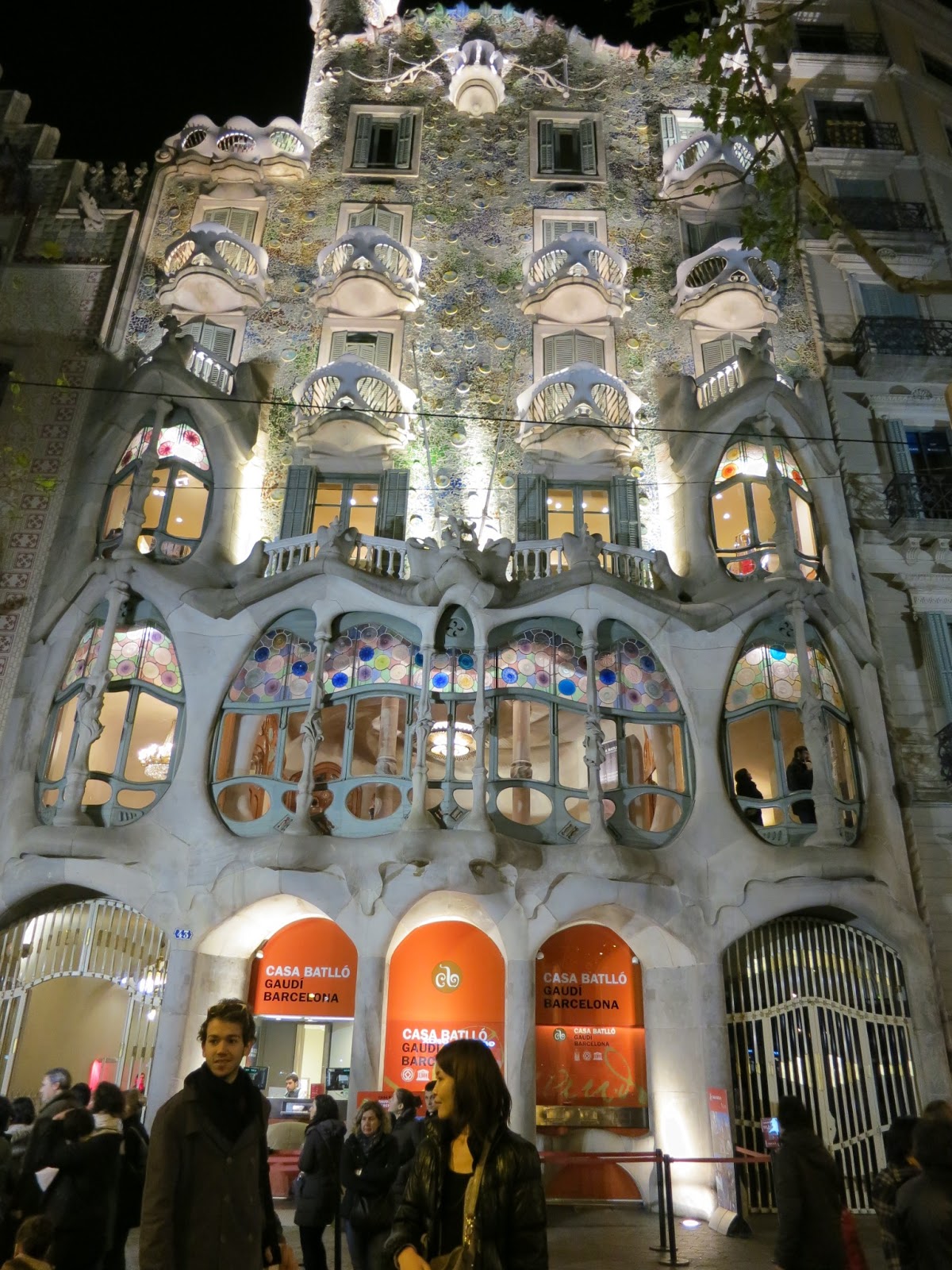 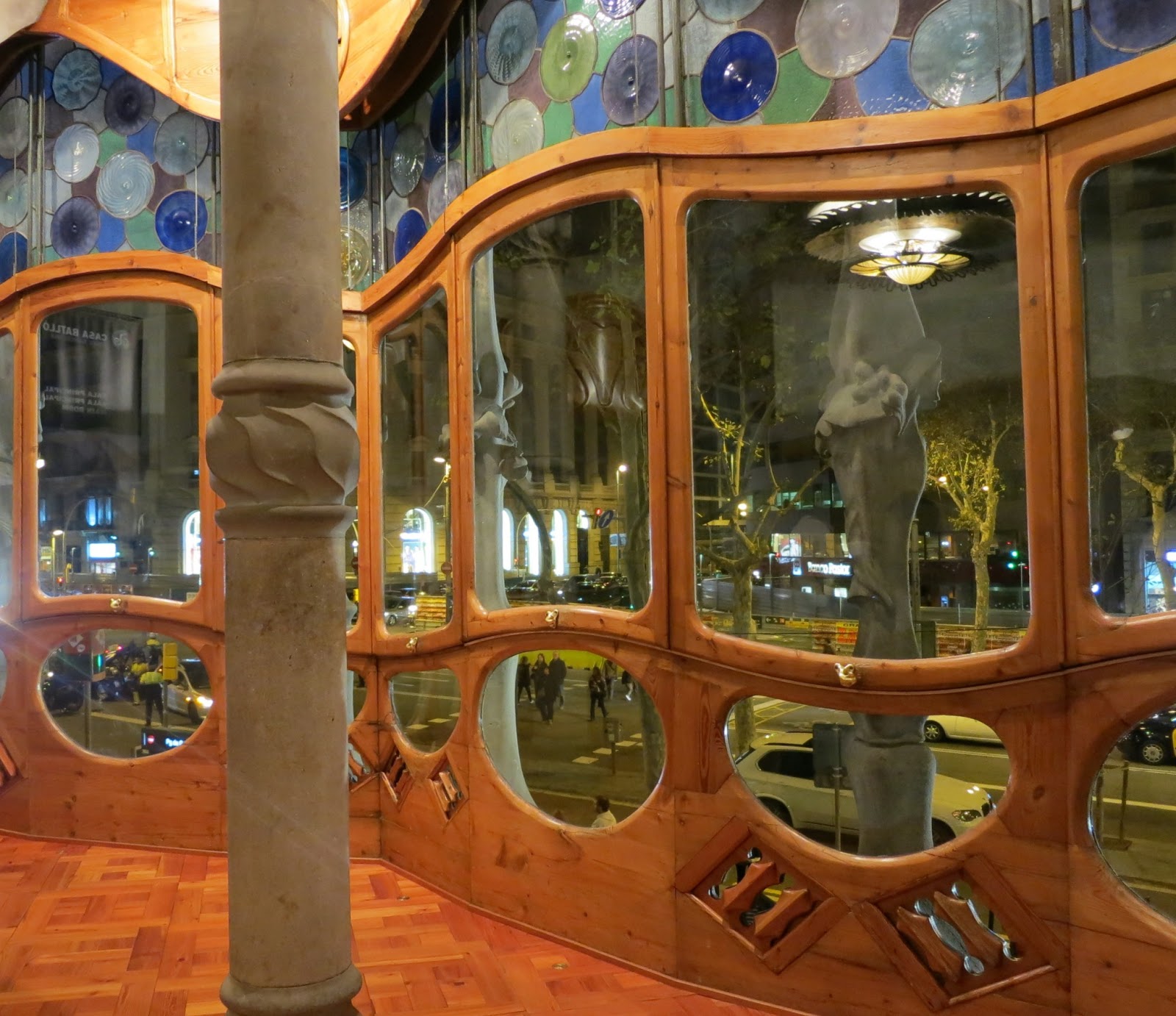 Sagridia Familia
Placa Sagrada Familia, 08013 Barcelona, Spain (Eixample)
www.sagradafamilia.cat/
A visit to the interior is highly recommended for this partially completed church. Audioguides are available in a range of languages. I found that this greatly enhanced our self-guided visit to the church. We chose not to visit the towers as the queues were very long. 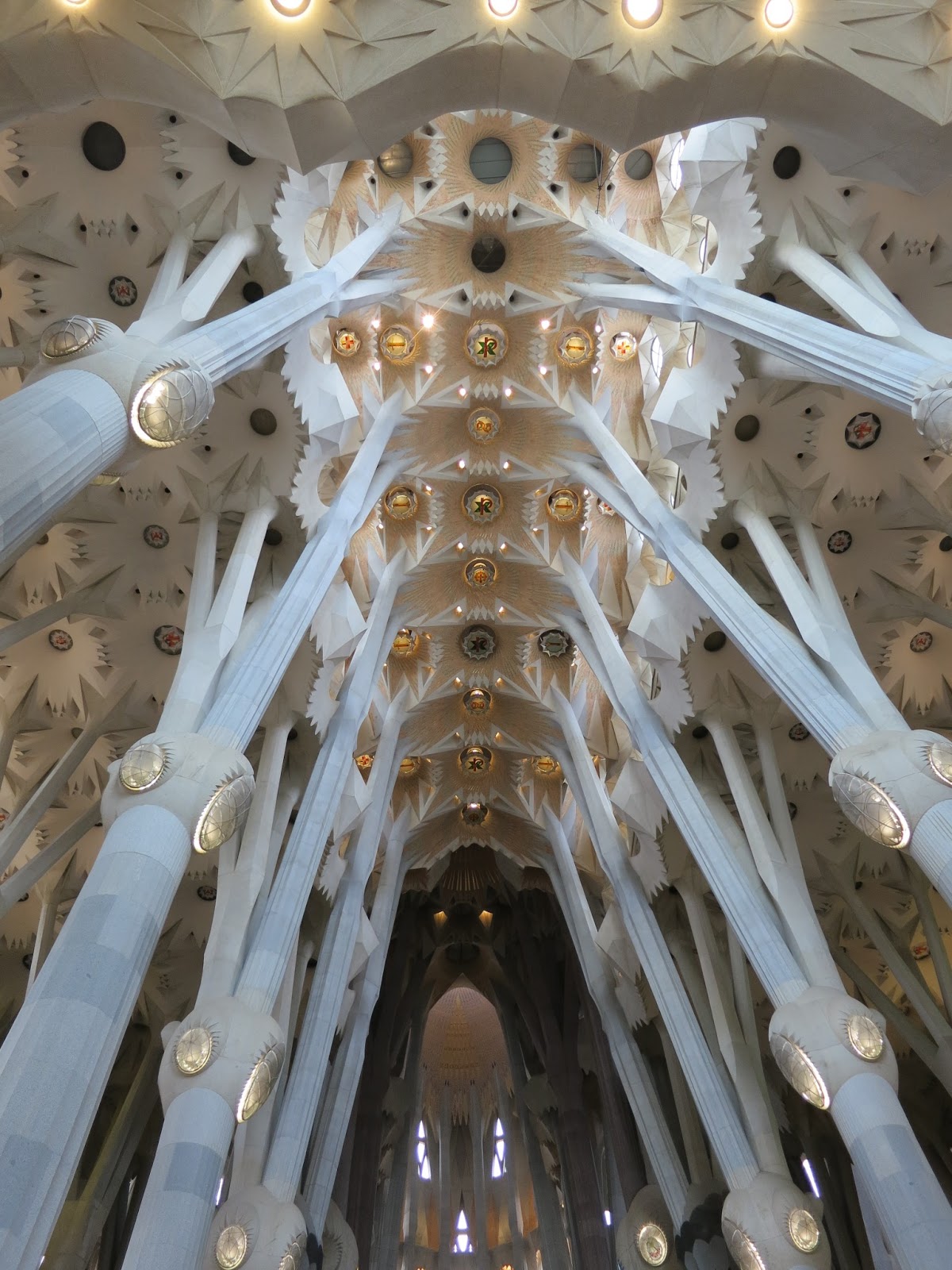 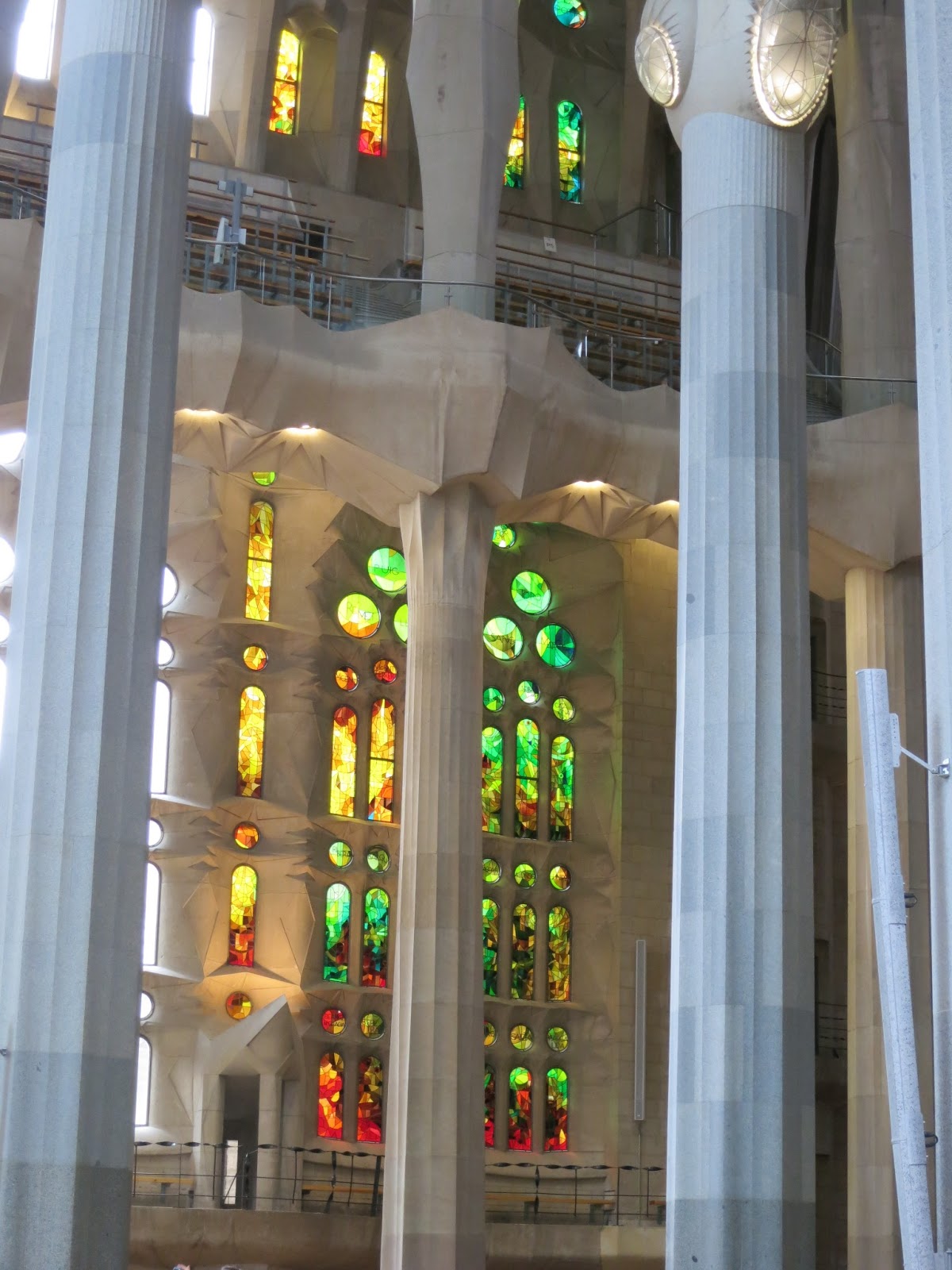 I found this church much more intimate than Gaudi's Sagrida Familia and equally fascinating with its 14th century architecture and interesting statues. At the altar the Catalan pride shone through with flowers arranged to represent the Catalan flag. The church in the gothic quarter is free to visit and definitely worth a detour. 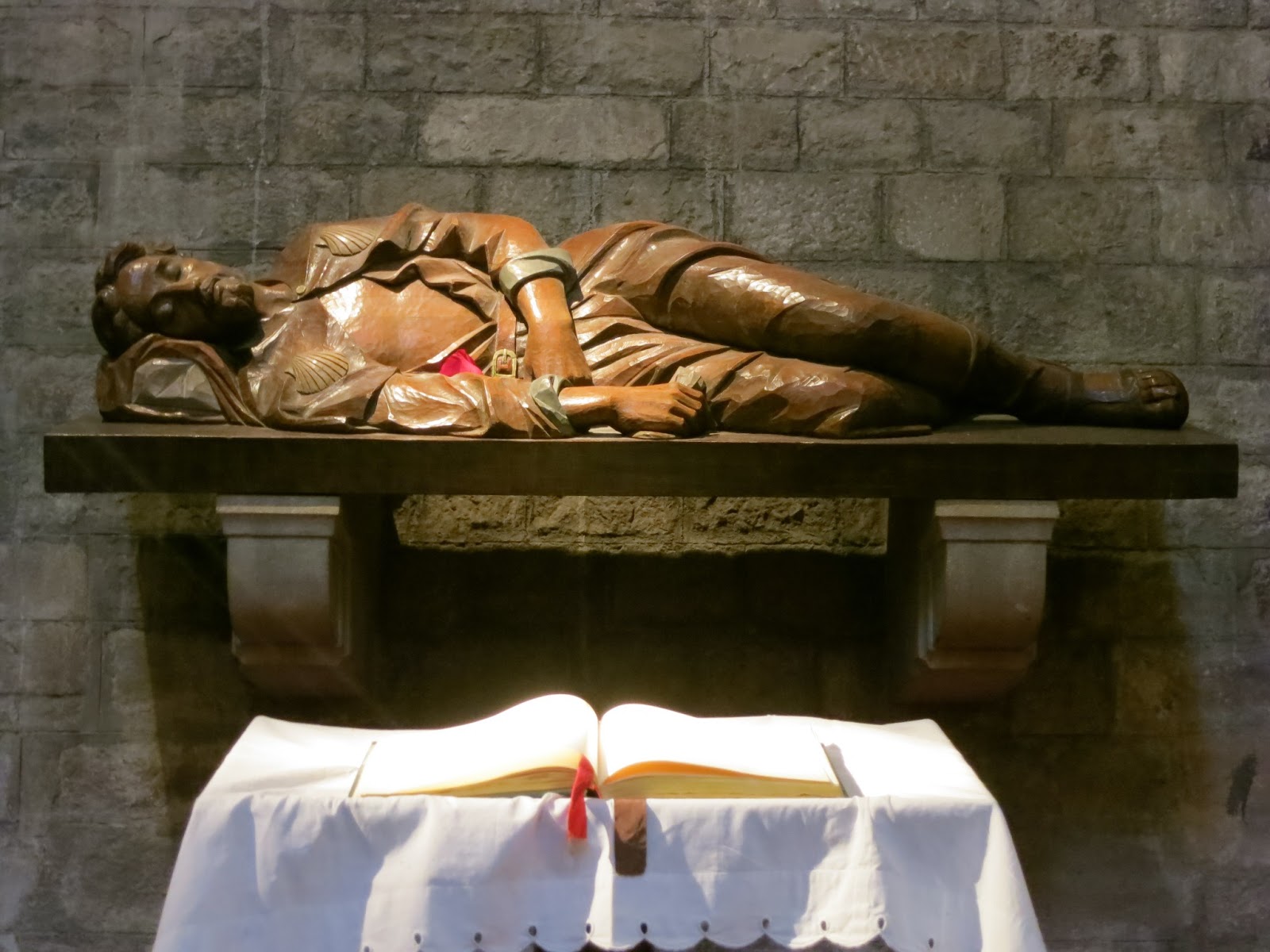 San Sebastia
I ventured here to take the cable car to Montjuïc. I probably wouldn't have ventured here otherwise as I am not a huge beach fan. It was however a pleasant spot to wander showing a slightly different view of Barcelona. 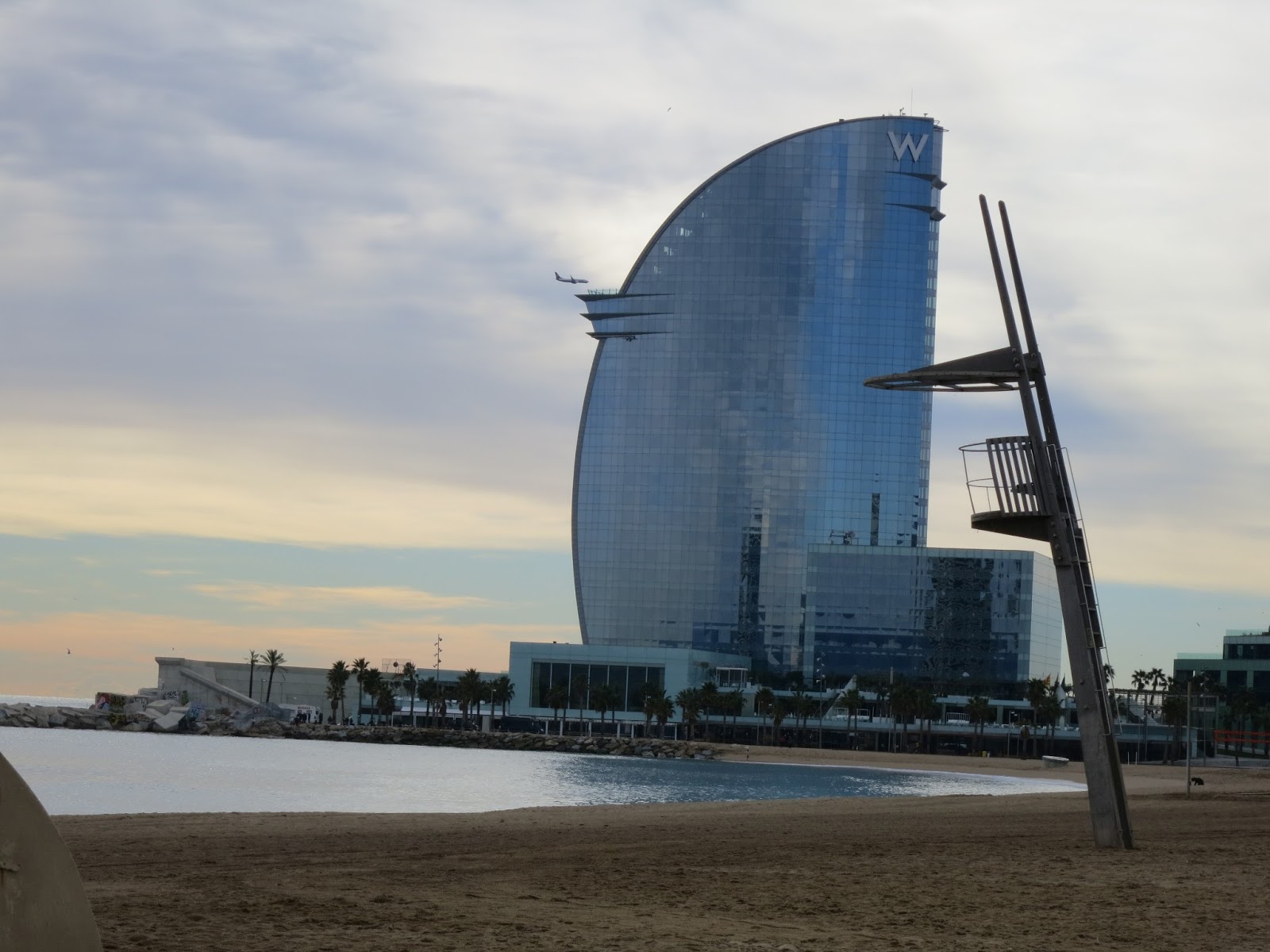 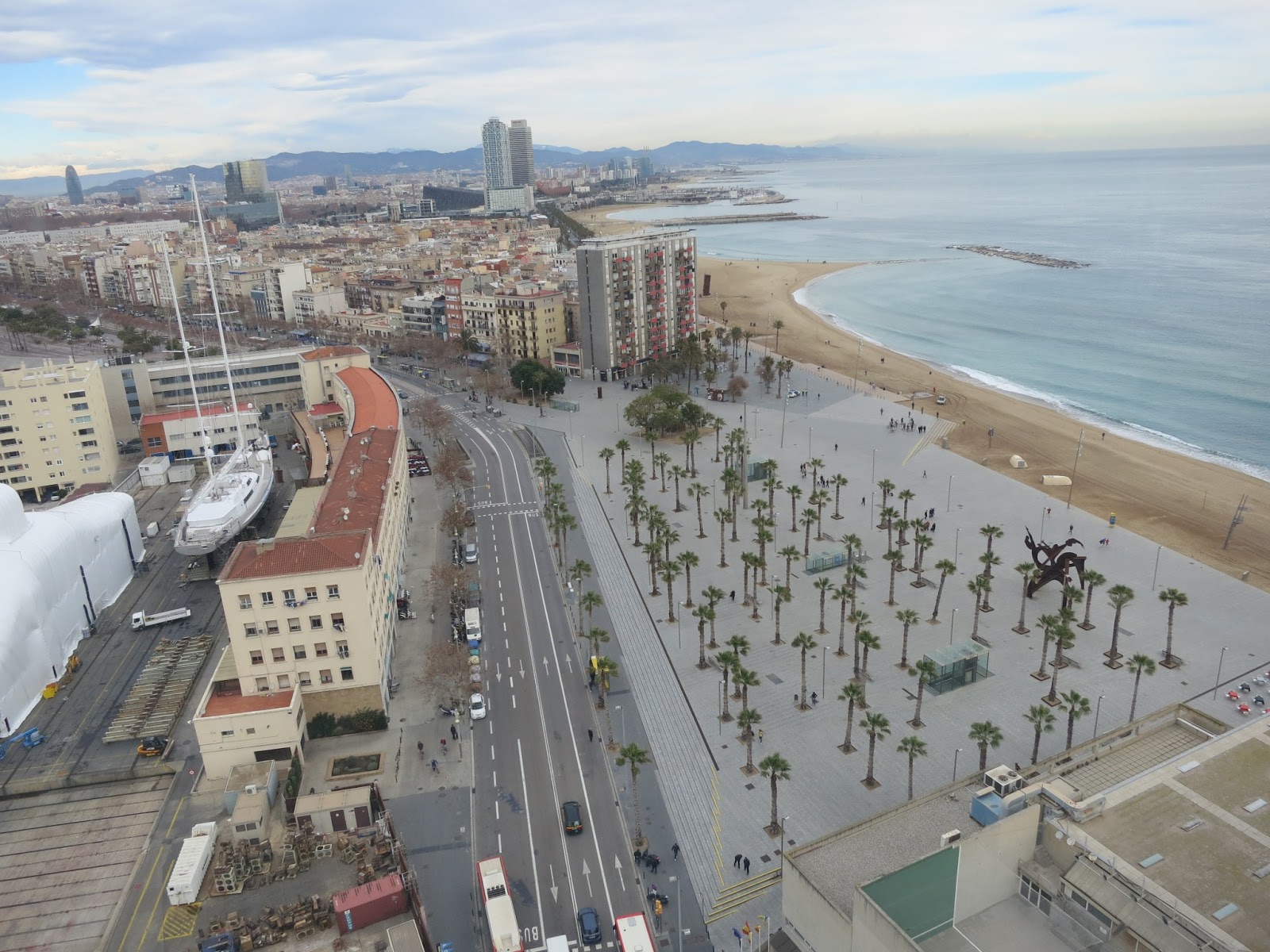 Cable Car to Montjuïc
www.telefericodebarcelona.com/IndexIng.html
I was very eager to do this trip and to get an overall impression of Barcelona. The views were absolutely fantastic. They were however also extremely good views just by walking or taking the bus to Miramar on Montjuïc so I would recommend skipping the cable car part of the trip. I did not bother with the telerific to go to the top of Montjuïc as I felt that the view was already magnificent at Miramar. There is a small café where you can have a drink or snack and enjoy the view. The food didn't look fantastic, so I would just grab a coffee or cold drink. 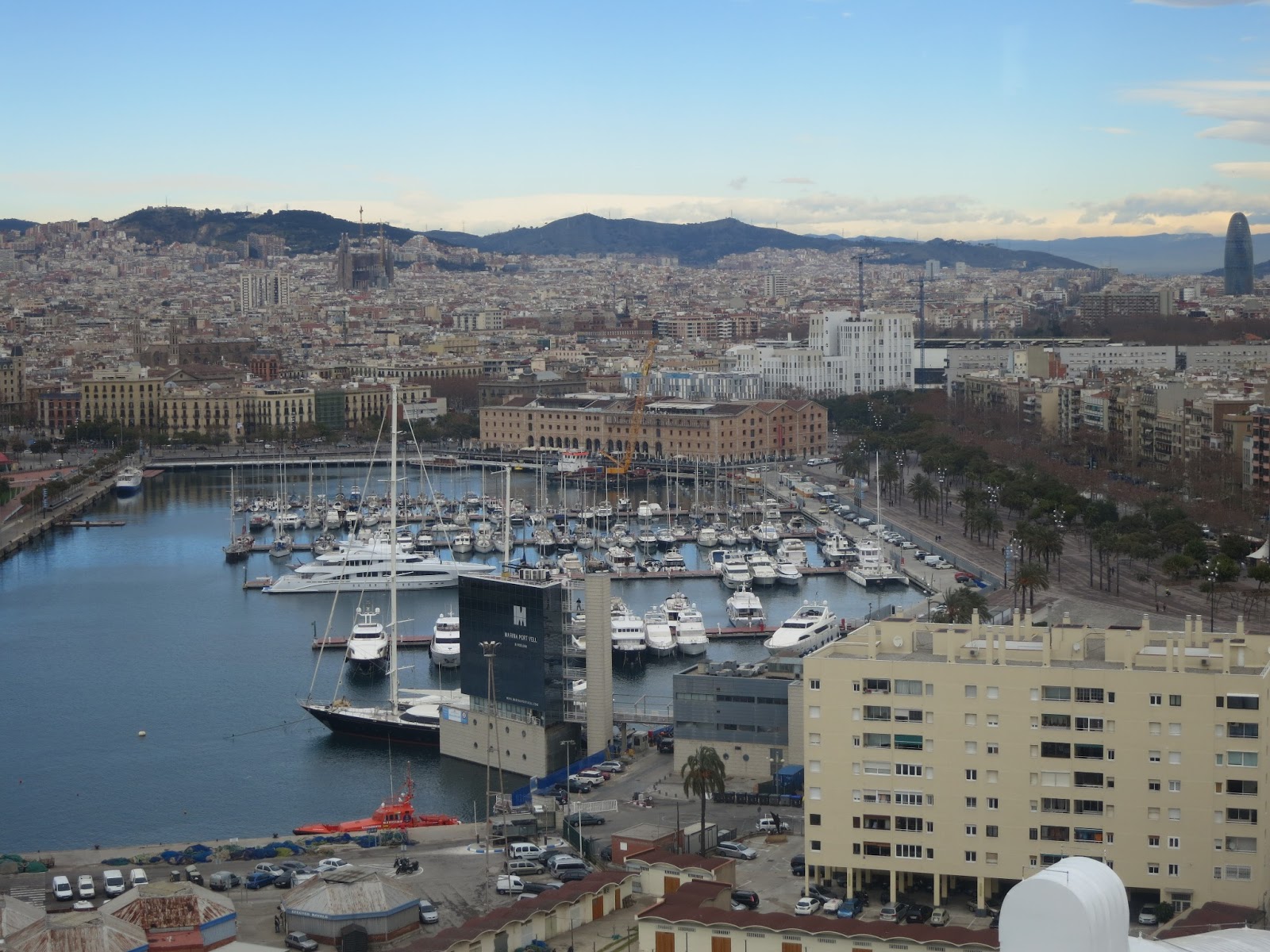